Honoring our local World War I Veterans and their Families:

“The Great War” also called “The War to End all Wars” started in Europe in 1914 and ended in 1919.  Many men and women, volunteered and served in the military or took on “war roles” on the Homefront. 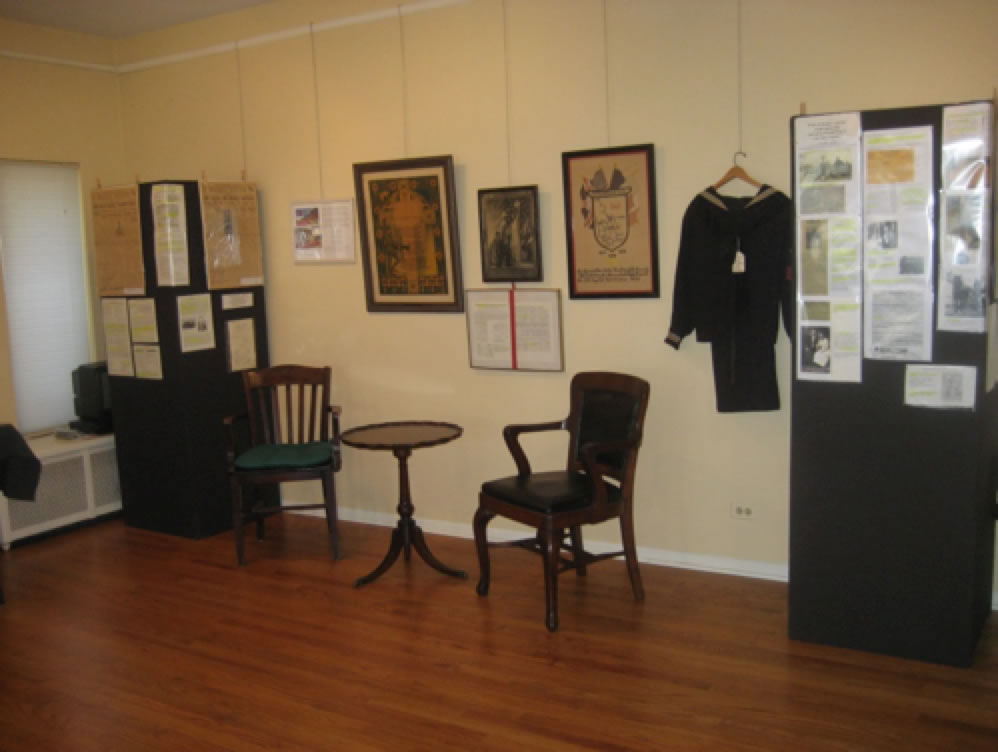 Artwork, the poem In Flanders Fields and other objects are flanked by the two “Walls of Honor”

Displayed on a table, under glass were stories on how wars impact families:

Loaned from Morgan Park Military Academy was a letter from a fellow service member to the family of a
student who died in the war. It brought tears to our eyes.

There was the story of a soldier who fought on the German side in WW I but then fled his native country to the United States
when Adolph Hitler came to power in the 1930’s, along with his parents and other family members.

Also told was the story of a young soldier, who was also a Russian immigrant to the United States,
who entered the war with one name and left with another.

Even 100 years later, local plaques honoring Veterans of The Great War and lists of trees planted in honor
of the Veterans of the Great War still exist in our neighborhood.

Filling the display cabinets was an easy task which took only a few hours because this exhibit was the direct result of 2013 inventory of military documents, artwork, photographs, books, clothing and objects. The Collections Volunteers had photographed items, assigned Accession Numbers and described, often in great detail the use and relationship the item had in The Great War. The items were then repacked into archival, dust-proof boxes or garment bags with photo images attached to the boxes so the boxes’ content could be viewed without opening the lid. Actually, we spent more time typing the Exhibit Labels.

Consider a membership or donate funds to Ridge Historical for archiving supplies or house maintenance.